BC Hydro's goal is to protect the environment and reduce the environmental impacts of Site C. Our programs focus on protecting wildlife, fish, vegetation, air, water, the aquatic environment, as well as heritage and archaeology. 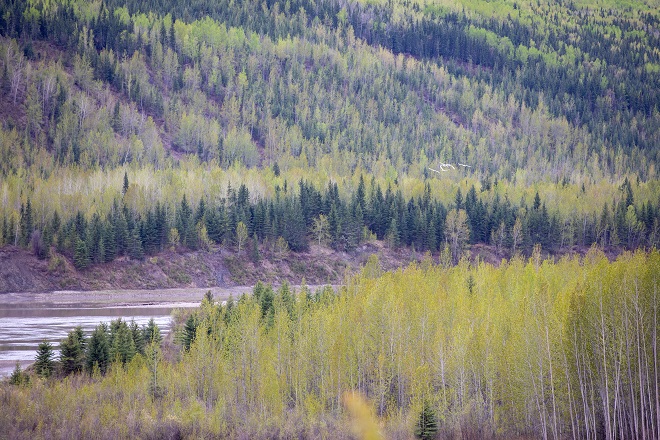 BC Hydro received environmental approval for the Site C project from the federal and provincial governments in October 2014.

The environmental assessment process was thorough and independent and included multiple opportunities for timely and meaningful participation by the public, Indigenous groups, all levels of government, and other interested stakeholders.

As part of the environmental assessment, we completed multi-year studies to identify and assess potential effects and proposed mitigation measures.

All of this information resulted in a 29,000-page Environmental Impact Statement. The EIS included the project rationale, identifies potential effects and proposes measures to avoid or mitigate adverse effects. It also described the project’s benefits for customers, Indigenous groups, northern communities and the province.

We filed the EIS in early 2013. A government-appointed working group – including Indigenous groups and local governments – reviewed the EIS, and there was also a 60-day public comment period. We submitted an amended EIS submitted to the Joint Review Panel in August 2013.

The Site C project received environmental approval from the federal and provincial governments in October 2014. In addition, the Crown has a duty to consult and, where appropriate, accommodate Indigenous groups.