The six-storey wood-frame building contains 35 two-bedroom and 15 three-bedroom units. Five of the units are wheelchair accessible.

BC Hydro is committed to providing legacy benefits for the residents of Fort St. John and other communities in the Peace Region. The provision of additional affordable rental housing in Fort St. John is a condition of the Site C project's environmental approval and BC Hydro's Community Agreement with the City of Fort St. John.

At the completion of construction of Site C, all 50 units will be provided as affordable housing for low- and moderate-income households. 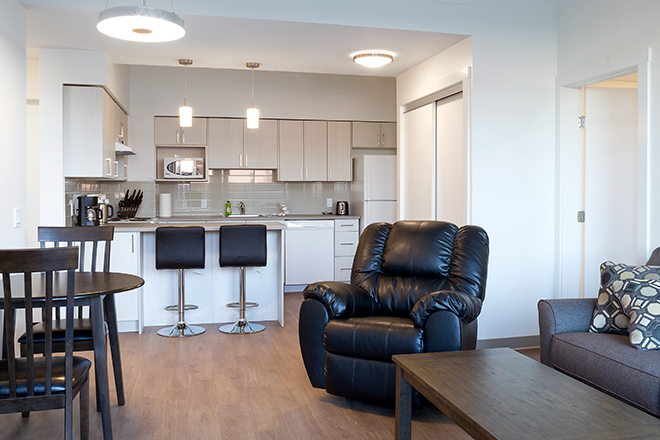 The interior of one of the new two-bedroom units in Fort St. John (Photo: BC Housing)

Construction on the building began in 2017. BC Hydro provided funding to reduce building costs, while BC Housing was responsible for the development, construction, management and ongoing operation of the building.