FORT ST. JOHN: BC Hydro reached a major milestone on the Site C project with the breakthrough on the excavations of the first of two diversion tunnels on June 22, 2019.

Both tunnels will be used to temporarily reroute a short section of the Peace River to allow for construction of the dam across the main channel of the river. River diversion is scheduled for September 2020.

Tunnel #1 is approximately 700 metres long and 12 metres in diameter. Excavation of the tunnel began in August 2018. 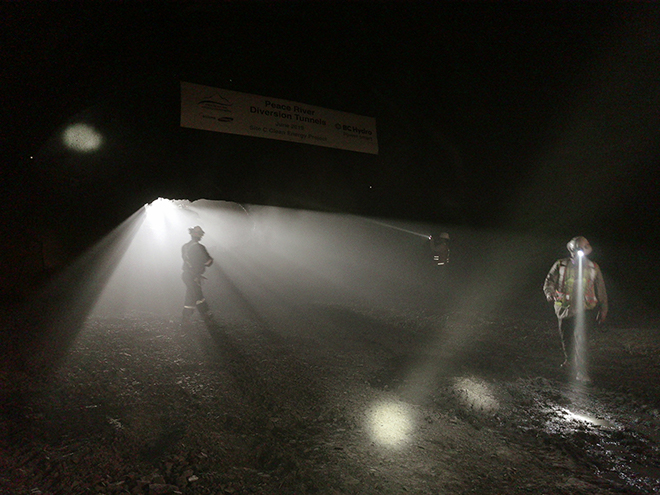 Crews inspect the opening that connects the inlet and outlet excavations area shortly after breakthrough in Tunnel #1.

The excavation work is being carried out using roadheaders that grind through the rock and load it on to conveyors. The rock is then hauled away by truck and relocated elsewhere on site.

A tunnel lining process is now underway on Tunnel # 1. This involves using a custom-built slip form where concrete is pumped through small openings located around the slip form, enabling it to cure in a perfect circle outside the form. 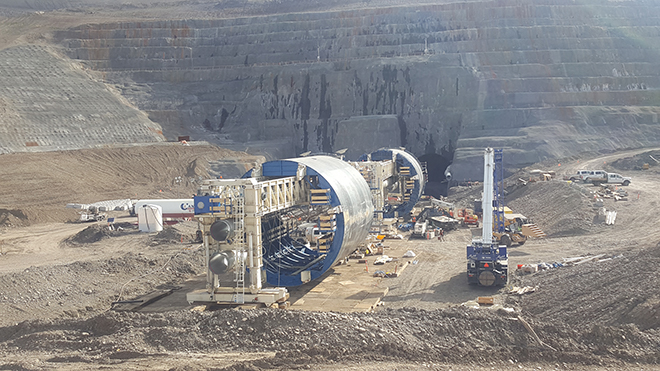 We're using two custom-built slip forms to create the circular tunnel lining, up to 2 metres thick in some sections.

Each pour takes two to three days to cure, and the liner thickness can range between 40 centimetres and 200 centimetres. In total, about 41,000 cubic metres of concrete will reinforce the walls of both tunnels.

This work is the last step in the construction of the diversion tunnels prior to river diversion in fall 2020.

Breakthrough on Tunnel #2 is expected to happen in July 2019.

How to move a river