Site C will be a third dam and generating station on the Peace River in northeast B.C. The project will provide 1,100 megawatts of capacity and about 5,100 gigawatt hours of energy each year to the province’s integrated electricity system.
Project Overview

The Site C Clean Energy Project will be a third dam and hydroelectric generating station on the Peace River in northeast B.C. It will provide 1,100 megawatts (MW) of capacity, and produce about 5,100 gigawatt hours (GWh) of electricity each year — enough energy to power the equivalent of about 450,000 homes or 1.7 million electric vehicles per year in British Columbia. 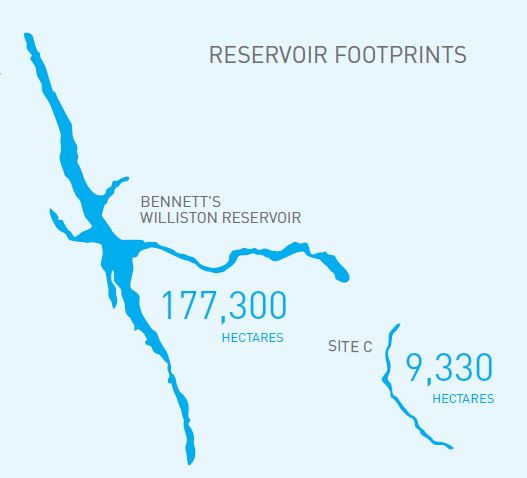 As the third project on one river system, Site C will gain significant efficiencies by taking advantage of water already stored in the Williston Reservoir. This means Site C will generate about 35 per cent of the energy produced at W.A.C. Bennett Dam, with only five per cent of the reservoir area.

In December 2014, the Site C project received approval from the provincial government to proceed to construction.

This decision followed a rigorous and independent environmental assessment by the federal and provincial governments, which included a Joint Review Panel process. The conclusion of the three-year environmental review was that the effects of the Site C project are justified by the long-term benefits it will provide

Construction started in summer 2015, and the project is on track to have all six generating units fully in-service by November 2025.

Once built, Site C will be a source of clean, reliable and affordable electricity in B.C. for more than 100 years.